You’ve probably heard the saying, Bearing all means being honest, not baring all. When it comes to grammar rules, however, that saying doesn’t quite hold up. A lot of people get the terms bear and bare confused because they look so similar.

💡
The difference between bear and bare is best summed up by its use as a verb: to bear means to carry or endure, while to bare means to reveal. Bear with me through these examples!

But if you keep reading, you’ll soon see that these two commonly confused words have very different meanings, and they don’t mean what you might think.

When to use each word

Bare and bear both have a meaning outside of grammar rules—bare means naked while bear has other meanings, such as to carry or to endure. In grammar, however, you can only use bare to modify nouns and pronouns (not verbs) with no direct object.

As an adjective, bear doesn't refer to pain but instead is used as an intensifier meaning large and tall—so you could say I'm feeling small compared to that big bear of a man. While it is generally accepted and somewhat common usage, beware of writing too many sentences with your verbs acting as adjectives. It makes reading difficult.

The definition of bare is without anything on or attached to it, as in the road was bare of snow, or her face was bare of makeup. This word is used as an adjective, which means it describes a noun like a person, place, thing, quality, etc.

Using Bare in a sentence

The clown was bare; he wasn’t wearing any clothes.

Bear has multiple definitions, including:

Using Bear in a sentence

I can't concentrate today because I have back-to-back meetings all day long—that meeting schedule is really bearing down on me.

Some tips for using bear and bare correctly include knowing that bear refers to a wild animal, while bare refers to being naked or lacking clothing or coverings. Bear also usually relates to size and power—especially when used as a verb—whereas bare is most often used practically (they really are naked) or figuratively.

Using bare and bear correctly is extremely important when writing in formal contexts such as academic essays, professional correspondence, and press releases. Remember these tips, and you'll never have to bear the embarrassment of using the wrong word. The wrong way to start a blog (& what to do instead) Author vs. Writer: The truth about why they're different 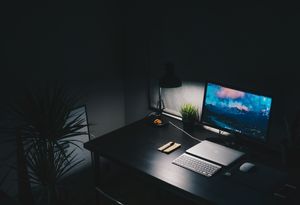 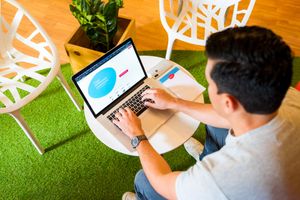