Over the last few months, I started using my Audible subscription to listen to startup success stories. The gritty, exciting, and often unbelievable behind-the-scenes tales of how tech behemoths were built (and sometimes destroyed).

Here's a quick rundown of the books I've finished, along with the companies they covered:

They've been eye-opening, to say the least. Most of the authors were journalists who dedicated years of their lives to covering these companies before they ever got the chance to string together a complete narrative in a book.

Because of this, there's a depth to these tell-alls you rarely find in online articles or interviews. The big picture can only make sense once a single person has access to all the thousands of pieces of information floating around. That's when rumors and whispers and meetings and notes and documents and interviews can come together to make something coherent and even beautiful, if not still terrifying.

I usually summarize every book I read, whether privately or publicly on this blog, so that I can revisit its lessons as needed. But there was so much thematic overlap between these titles, I decided to create a single post about all of them. More than that, I want to lay out what I've come to see as patterns in the startup sector.

I may be an outsider, but I'm also a researcher at heart. And with that skill set, I think I can offer a unique perspective.

Insight #1: The cult of personality

When venture capitalists are looking to invest, they want two things:

Depending on the type of investors they are, one of those two will carry more weight. For founder-friendly funds, the second is far more important than the first.

A company can change, its product-line can evolve, it can pivot markets and react as needed. But in order to accomplish these moves, a flexible, driven, ambitious founder must be present.

Almost all of the books I read fell into this thread. Each company provided something unique (whether that unique thing was actually real or not is another story). But more than that, each company was led by a memorable founder.

Most often their personalities were attractive. They could fill a room the second they walked in. Others may have been less charismatic, but were no less noticeable.

People noticed these companies, at least in part, because their founders demanded to be noticed.

They put themselves in the limelight, or as close to it as they could so that the opportunity to be seen, to run a company, to "make it" might one day find them.

But with this came the downsides of personality-run businesses. In every case, each business took on the best and worst traits of its founders. Often to the detriment of its employees — the ones actually bringing the leader's vision to life.

Charisma is not a bad quality. It's just so overvalued in certain settings that it becomes unattractive. Once you hear these stories and see another bold, likable leader on the cover of a magazine, it's hard not to get shivers thinking about the likely carnage happening behind the scenes.

And, of course, this isn't relegated to the startups. I saw the same thing happen in churches, time and time again. Absolute power and all that.

So, if you plan to start or invest in a company led by a powerful personality, spend time building public accountability into the enterprise's framework. Without this, you're essentially building a very expensive timebomb.

Insight #2: Too much money poisons a good business model

This one was definitely counterintuitive, but I saw it play out again and again.

Bootstrapped businesses are the antithesis of the venture-funded behemoths these books covered. They start with nothing and grow primarily organically; carefully reinvesting their profits as they steadily grow. Because of this, they have to be ruthless about where they invest their time and money. Everything is under the microscope because it has to be.

Before long, what was once a viable business model becomes a bloated disaster. A golden Hindenburg.

WeWork paid astronomical rates for their real estate because more was always the answer. Uber spent tens of millions of dollars a week battling in international markets they could never win. Instagram spent money competing against the company that bought it (Facebook).

Funding still has its place. But in moderation; and for the acceleration of a proven strategy, not pure domination.

Insight #3: Growth at all costs is morally expensive

While these companies filled the covers of business magazines and made the headlines on the biggest tech blogs, beneath it all was a chaotic mess that would make anyone with a half-decent moral compass sick.

And the thing is, no one person is to blame.

Regardless of how much is put on the founders as the architects of their wayward empires, all along their corporate ladders were leaders allowing such things to take place.

When growth is the only guiding filter, anything goes. It's sad because, alongside all of the bad, there is also an ocean of good that gets lost in these stories. Brilliant engineers solving impossible problems, marketers rewriting the rules of reach, and employees on the front lines helping people fall in love with a new service, tool, or product.

There's something to be said that every one of these companies still exists, minus Theranos, and is valued in the billions of dollars. Moral failures may be bad, but they're rarely lethal.

Insight #4: You can get away with anything if you make people money

In every book, there were bad actors who were distinctly high performers. And because they made other people a lot of money, they were given free passes in a multitude of ways.

It's like the golden parachute executives receive after laying off thousands of workers. It doesn't make sense until you realize how the system works.

Laws are written by money. If you have enough of it, you can rewrite anything to be in your favor.

Insight #5: Narrative is everything

On paper, none of these companies were particularly revolutionary:

The hype came as a result of the stories they told.

Twitter was going to revolutionize global communication. Instagram rewrote the rules of social media and advertising. WeWork refashioned real estate for the modern workforce and gave the world a new community to be a part of. Uber was going to undo the entire transportation industry. Theranos was going to simplify and democratize modern healthcare.

Each company spun an incredible story. One that was able to entice investors to spend billions of dollars, and workers to dedicate years of their lives, not to a company, but to a common mission.

In hindsight, each book took a similar path of helping the reader get spun up into the same story, and then systematically tore it down line by line.

Why do we keep falling for these grand narratives when so many of them end up empty?

Or maybe a better question is, how can we do a better job of turning what we're building into stories people want to be a part of?

It's not all negative

When I started this post, I didn't intend for all of the insights to come across so negatively.

I think all of this is just frustration with how the system currently works. There are so many great companies led by brilliant women and men who are doing great work. And no, they may never be valued at a billion dollars, but a small investment could dramatically expand their capabilities, and patient investors would see a handsome, albeit comparatively conservative return. Where are these stories?

I want to read more books about the good guys winning. Startup success stories about value-based companies succeeding in a landscape where skirting the law is all but expected.

Like I said above, there are good things and people that came out of every company. And in their own way, each startup challenged the status quo of their individual industries. The world we live in today is unmistakenly changed because of these stories, for better and worse.

But the question is, will we let the next herd of unicorns make the same mistakes? Will we allow hard-charging founders to tumble down similar paths of self-destruction? Or will we hold what comes next to a higher standard?

Are we willing to make decisions that help people more than our pockets? Can we build behemoths that don't deserve to be torn down? 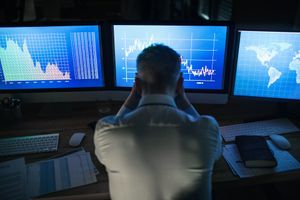 How to make six figures as a writer: An analysis of Superpath's $100k Club 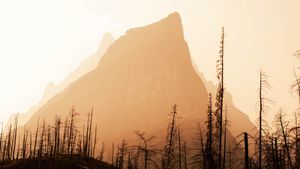